Here are ways to focus your high school student’s interests.

I’ve written  about what to do if your teen is thinking about entering college “undeclared” and or has actually chosen to go in “undecided.” But some kids want to pick a college major—they have passions and career goals—yet they don’t know which program will work for them.

Find out what your teen is thinking about studying Don’t dismiss anything. I have a cousin who majored in beer making. Honest. People joked about his decision to become a brew master. Today, he happily owns an award-winning, very successful, continually expanding microbrewery and some of the finest restaurants in New York City serve his beer. 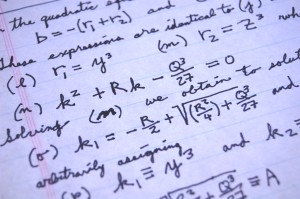 Suggesting your student select a major simply because they did well in that subject in high school can backfire. High school math and college math bare no resemblance to each other. Plus your teen might be very good at math, but doesn’t want to spend their life as a mathematician. For a math whiz, a better approach might be researching majors that require good math skills or careers suited for mathematical/analytical thinkers.

Listen carefully to what your teen is saying. Once you understand what they want to do, then use your experience, knowledge and resources to guide them.

Research The answers to many of the questions being asked by you and your student are readily available if you know where to look. College websites usually list descriptions of majors and the courses required to earn a degree; some even explain which careers the major prepares you for. Other sites, like the College Board’s Big Future, explore both majors and careers.

When our kids tossed out thoughts on what they might want to study, we bought books, searched online under specific majors and careers, and attended college information sessions focused on these areas, all in an effort to help them find out if this was the program for them sooner rather than later.

My daughter changed her mind dramatically once she learned that her choice of career and college major were not what she expected. Luckily, some of the colleges she’d visited also offered the new major she’d decided on, meaning her list of prospective colleges didn’t change much. 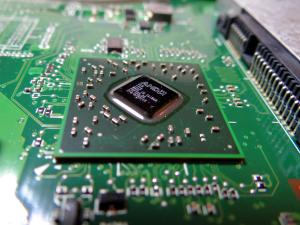 My son wanted to work in the computer field, but wondered whether to major in straight computer science or add the engineering component. Together we researched the differences between the two majors on college and career websites and discussed them. He chose the  engineering path, determining it would give him more options after graduation.

Some majors must be chosen early Engineering and nursing are two of several competitive programs with specific requirements beginning freshman year. Starting late guarantees an extra semester or two on campus than originally planned. Keep in mind that good engineering programs require the same math, science and intro engineering courses for all freshmen, allowing students to wait to choose the type of engineering they want to study until their sophomore year without falling behind.

By researching in advance, your student will know if they want to commit to a major from the start.

Creating your own major Some kids know what they want to do career-wise, but can’t find a course of study that will get them there. Colleges that allow students to create their own major are a good option. This opportunity offers a greater chance of success both academically and professionally and provides more flexibility than dual majoring. Don’t worry, an adviser works with the student to develop the program, which must be approved by a department head or dean.

Discuss the possibility of changing majors We told our kids we understood that they might want to change their minds once they were in college, but reminded them to do it in the first year or two to give them the best chance of graduating on time.

Switching from English in freshman year to accounting in sophomore year to biology in junior year guarantees a five-year plan, minimum. If your family’s college budget is based on the four-year plan, then you need to talk about that upfront. Who’s paying for year five and possibly beyond?

Sometimes it’s more about modifying a major than changing it completely. Make sure your student understands the difference and enters college more attuned to making adjustments, if necessary.

It’s hard to decide your future at 18 Inevitably most college students question their choice of a major at some point and either recommit to their plan or select another path.

Helping your teen understand the requirements and value of various college majors will make choosing one easier and ensure they make the most out of their time in college.

Share your advice on helping your student choose a college major in the comments section below.